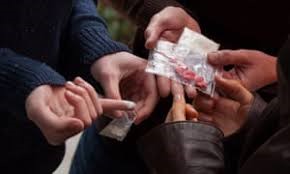 There is one form of essential travel in the world of organised crime that will ignore any lockdown – county lines drug dealing.

It wasn’t so long ago that youths involved in drugs supply were prosecuted with the full force of the law. Rightly, there has been a change of perspective and policy, ushered in by the Modern Slavery Act 2015.

Police forces have been expanding their child exploitation units up and down the country, focusing resources on the use of children in county lines dealing.

One consequence is an increase in adult defendants, already receiving long sentences for a conspiracy to supply drugs, facing an additional count on the indictment where some of the participants in the criminal enterprise were minors – Conspiracy to arrange or facilitate the travel of persons under 18 with a view to exploitation, contrary to section 1(1) of The Criminal Law Act 1977 and The modern Slavery Act 2015.

Conviction on this additional count results in a consecutive sentence, an approach that was upheld in the Court of Appeal. In R v Zakaria Mohammed 2019 [EWCA 1881], the Court settled on 12 years imprisonment (7 for the drugs and 5 for the exploitation) where the appellant had pleaded guilty to conspiracies to supply crack cocaine but had used 14 and 15 year olds to do his bidding.

This additional count doesn’t just catch the stereotypical Fagin type exploiter. Any defendant who is involved in the conspiracy to supply drugs, at whatever level, is at risk of conviction if he knew that children were involved in the operation. 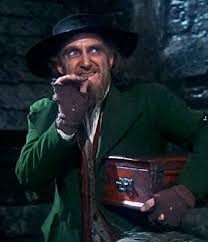 So, what does the prosecution have to prove?

3.— (1) For the purposes of section 2 a person is exploited only if one or more of the following

subsections apply in relation to the person.

(5) The person is subjected to force, threats or deception designed to induce him or her—

(a) to provide services of any kind,

(b) to provide another person with benefits of any kind, or

(c) to enable another person to acquire benefits of any kind.

(6) Another person uses or attempts to use the person for a purpose within paragraph (a), (b) or (c) of subsection (5), having chosen him or her for that purpose on the grounds that—

(a) he or she is a child, is mentally or physically ill or disabled, or has a family relationship with a particular person, and

(b) an adult, or a person without the illness, disability, or family relationship, would be likely to refuse to be used for that purpose.

There is no requirement of force, deception or threats. A minor who is a willing participant in the conspiracy to supply drugs can still be exploited, and so there is no necessity for the child to become a prosecution witness, mere evidence of his or her involvement will suffice. Current judicial directions to juries go something like this…

The defendant must know:

The nuance here is that there is no requirement that the child drug dealer would have refused to deal had he been an adult, but just that ‘an adult’ would likely refuse. This invites difficult mental gymnastics by a jury – which adult? Does this mean any adult, a reasonable adult? A jury is likely to conclude that ‘an adult’ would refuse.

This direction is stacked against the defendant and almost invites speculation by the jury about what ‘an adult’ would do, rather than a more conventional, evidence based approach that would result if the jurors were directed to consider whether the particular child in question would have refused, had he or she been an adult.

There is at least one case awaiting consideration by the Court of Appeal, which, it is hoped, might give some clarification as to whether part three of the current direction should be amended to:

This would be in line with the interpretation of previous legislation[1] though one wonders whether the wording of the 2015 Act is merely a drafting anomaly or a deliberate decision to make it crystal clear that if a child is chosen to participate in crime with adults because of his age, he or she is, without further qualification, being exploited. Perhaps a lesson learned from countless grooming cases that have caused a shift away from emphasis on the child’s conduct and characteristics, and more upon the adult perpetrators of crime.

We will have to wait and see…

Described in The Legal 500, 2020 as  ‘A master of the theatre of court’, Olly Jarvis is a criminal defence specialist, novelist of legal thrillers, and founder of  thecrimehub.com.